Be still my beating heart... yet more excitement when I opened my mailbox this morning: the NAVA boxed set on how to be a super-duper artist who knows everything about tax, promotion, etc., etc., AND a book from dear Duck.

I smiled when I opened Caren's envelope because I knew from the references to monotype print processes that her book would smell great, and it does. Aaaah! The waft of printing ink on paper! Music to my nose, or something, and a handy reminder that I should be printing things myself, instead of thinking about printing things and feeling frustrated. Thank you, Caren!
Posted by Sara Bowen at 9:22 PM 5 comments:

I found this poem by Claire when in New Zealand and I felt it truly described how I feel about paper. If you'd like to read it, please have a look at my Barnacle Goose post here. Di and Ronnie have expressed their interest as possible Book Art Object material. What do you all think?
Posted by Carol at 9:26 AM 5 comments:

Back to Libris Awards.

For anyone who has not seen this, Artspace has some photos from the Libris Awards in a set on their Flickr page .
Over 100 entries but only 65 pictures! Still...
Posted by dinahmow at 9:18 AM 7 comments:

It's such fun visiting my mailbox and discovering another book! This time it is Carol's deeply personal book Drifting, about her parents. I know Carol's been doing a Sara in the sense of not being quite satisfied with her endeavours but I thoroughly enjoyed Carol's book and think it stands up very well in the group. Hooray for another lovely book to add to the collection! I'm saving the thrill of getting them all out together for when I finally have a shelf in our new house... only a month to go (fingers crossed).
Posted by Sara Bowen at 11:30 AM 5 comments:

This is a totally gratuitous picture, inserted simply because blog posts usually look better with an image, and I don't have one that's book-related! These sarong pieces are from Kuala Lumpur airport, courtesy of dearest husband who has just come back from a month in Ireland via Kuala Lumpur. The only book-related link I can think of is that I'd like to use the fabric to create divine book cloth... but that's another story. 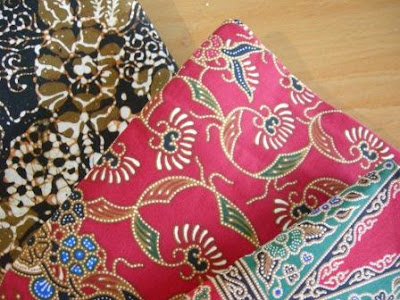 Back to business. What do we do next? I've been admiring my burgeoning collection of Rosemary Dobson books, and it's great. The Southern Cross University Acquisitive Book Arts awards has - with very little publicity - changed from being an annual exhibition and prize, opening in August each year, to a biennial exhibition and prize, alternating with Artspace Mackay's Libris awards in autumn. I only found out by accident when I was up at Mackay in April and I swear I haven't seen any publicity about it in any of the arts-related paper or on-line publications to which I subscribe. This is good news for those participants aiming for the SCU Awards! You don't have to finish your books until the end of this year!

However... there are other exhibition opportunities earlier than that, if you're interested. For example, there's a new gallery space in Brisbane called Myrtle Street Studio. I found out about the gallery on Amanda's blog, dropped an email to Jay Dee and had a very positive response back saying our work is just right for the gallery and that we might be able to do something there towards the end of this year or the beginning of 2011. Jay Dee's website is under construction but you get a good feel for what she's doing at the gallery's blog.

Additionally I remember Ronnie talking about exhibition opportunities that she might be able to tap into PLUS we've been vaguely talking about putting together a paper for delivery at Impact 7 in Melbourne next year...

I guess my ideal would be as follows:

If the idea of a conference paper doesn't work out I still think the timescales might work... but what do you think?

The real motivator for me will be finding another great piece of text to use as inspiration for the next round of books. I think it would be good to put another call out for participants: we have this blog and a growing band of followers, and if we had lots of interest we could run two streams.

I must admit I'd like to get the call for participants out soon and also ask people to look for texts to use because I really enjoyed the process of thinking about what/how to make my books and would really like to get into it again! Personally I also like the fact that we've taken such different approaches to the form of the books, and I don't particularly wish to place constraints on what we make. If you want to do a book that is a folded piece of paper, do it! If you want to do a 3-part codex binding, do it! The joy of using a text to link the works is that the text does link the works so I don't have a problem with diverse outcomes.
Posted by Sara Bowen at 2:34 PM 6 comments: